Peaking in March is what it’s all about. You’ll hear how the NCAA tournament is all about matchups plenty going into the first round of games. But sometimes teams are just playing awesome and hitting their groove at the right time. How do you determine if a team on a big win streak is a viable threat go far?

USA TODAY Sports examines the field of 68 and pinpoints the teams with the best winning streak or momentum from conference championship week, and/or the best path — matchup-wise — to stage a deep run and go way further than their seeding line suggests.

BRACKET TIPS: Everything you need to win your pool

SPORTS, DELIVERED:Get the latest news right in your inbox

— Auburn (No. 5, Midwest Region): The Tigers (26-9) unexpectedly won the SEC tournament as part of their eight-game winning streak, which has included two impressive wins over Tennessee, headlined by a 20-point drubbing in the conference tournament title game. Backcourt duo Bryce Brown and Jared Harper combine for more than 31 points per game. 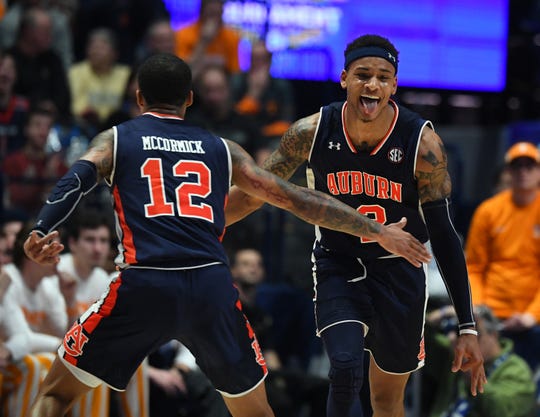 — Michigan State (No. 2, East Region): The Spartans (28-6) have won 10 of their last 11 games, including three wins over Big Ten rival Michigan — the last of which came in the conference tournament championship. What’s most impressive is coach Tom Izzo has this team doing so well while dealing with injuries. Big man Nick Ward wasn’t at full strength in his return in the Big Ten tournament, but All-American Cassius Winston (18.9 points per game, 7.6 assists) gives this team a backbone to battle any kind of road block.

— Florida State (No. 4, West Region): The Seminoles (27-7) aren’t entering the tournament on a win streak, but they’re the definition of hot based on how they looked in the ACC tournament before falling to top overall seed Duke in the final. FSU has won 14 of 16, only having lost to North Carolina and the Blue Devils in that timeframe. Coach Leonard Hamilton gets the most out of his team’s athletic ability, and this group has transformed into a national title contender in the second half of the season.

— Oregon (No. 12, South Region): After the Ducks’ Pac-12 tournament title, veteran guard Payton Pritchard said “the haters kept hating” throughout a regular season where this team (and basically all of the Pac-12) was looked at as not measuring up. Well, now’s the time for Oregon to ride its eight game winning streak —  one that features two wins over Washington — to a Sweet 16. There’s room for that to happen with vulnerable No. 5 seed Wisconsin in the first round and then potentially No. 4 Kansas State in the second. This is a great example of a team that found its identity just in time after having significant setbacks, mainly elite freshman Bol Bol and his 21 points per game being lost for the season.

— Iowa State (No. 6, Midwest Region): The Cyclones (23-11) had lost three in a row entering the Big 12 tournament but rekindled their stride to win the country’s toughest conference (based on the NCAA’s NET metric), knocking out Baylor, Kansas State and Kansas in the process.

— Villanova (No. 6, South Region): The defending national champion Wildcats (25-9) aren’t the same team as last year, but coach Jay Wright has instilled the same winning DNA into this group, and it showed in the Big East tournament. ‘Nova has won five of six, including a momentous victory over Marquette to help claim yet another Big East regular-season title. This might not be a Final Four team on paper, but the pieces (namely veterans Phil Booth and Eric Paschall) — and momentum — are in place for a deep run. 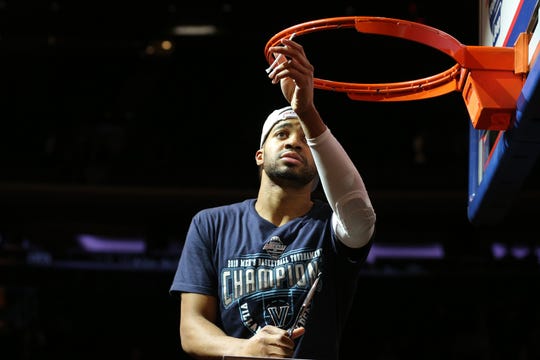 — Buffalo (No. 6, West Region): The Bulls (31-3) haven’t done much losing this season and were rewarded with a strong seed by the selection committee. They’ve won 12 in a row and come together nicely here in March. Guard Jeremy Harris, one of this team’s three big offensive weapons, had 31 points in the MAC tournament final.

— Wofford (No. 7, Midwest Region): The Terriers (29-4) haven’t lost since Dec. 19 in a road game against Mississippi State. They’ve won 20 in a row, including going 18-0 in a Southern Conference that featured two bubble teams, UNC-Greensboro and Furman. So Wofford’s more battle tested than meets the eye, and if they didn’t have the mid-major umbrella, they might have been a No. 6 or No. 5 seed.

— UC Irvine (No. 13, South Region): The Anteaters (30-5) have won 16 consecutive games and cruised through the Big West as the clear-cut best team. They rank in the top-five nationally in field-goal percentage defense and top-10 in rebounding margin, figuring to frustrate first-round opponent Kansas State.

From The Web Ads by Zergnet

How to watch the 2021 NCAA Tournament National Championship between Gonzaga and Baylor, with TV schedule, start time, odds and lines.

The national champion will be decided when the Gonzaga Bulldogs (26-0) and Baylor Bears (22-2) square off in the final game of the NCAA Tournament on Monday at Lucas Oil Stadium, beginning at 9:00 PM ET. Bookmakers expect Gonzaga to win it all, naming the Bulldogs as 4.5-point favorites.

The Bulldogs were led by Drew Timme's 25 points last time out in a 93-90 win against UCLA on Saturday. They failed to cover the spread as 14.5-point favorites, while the teams scored a combined 183 points to hit the over on the 147 over/under.

Jared Butler led the way for the...

Start every day with our most popular content waiting in your inbox.

An error has occured

Thanks for signing up!

Thanks for signing up.

Please check your email for a confirmation.